Yes, force can be measured, but in the words of Obi Wan, “You have to feel it first, Luke”.

Business owners frequently concede to instinct. They say, “I listen to what my gut tells me”, as though the gut is neither the head (reason) nor the heart (feelings). Somehow the gut becomes a non-invested outsider, free from the taint of data and emotion. But the gut is just another organ of instinct. What you need to do is learn and follow a business decision code, bringing the heart and the head into alignment. 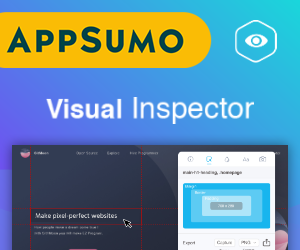 Before getting into that is, however, I think it’s important to address the argument that an “always analyze” policy is impractical. Certainly, there are frequent occasions when you don’t have sufficient time to do exhaustive analysis, that a decision is needed immediately, and most firms aren’t large enough to have a dedicated analytics team.

This is understandable and often a reality in the cut and thrust of operations. In those time-strapped cases, experienced leaders have a wealth of knowledge to rely on. At least that’s what you would hope their defence would be. There are many more, however, who either can’t be bothered to conduct any analysis, or are just bamboozled by data. They adopt (and often celebrate) a “shoot from the hip” swagger to their decision making, stumbling along to varying success until the wind changes. Then they’re faced with a house of cards in jeopardy, and no rationale from which to defend.

There’s no getting away from the fact that analysis is one of the most important elements in the business decision code.  It’s critically important – particularly in this age of data proliferation. Effective analysis employs both the head and the heart – two inclinations that don’t always want to pull in the same direction. So, let’s now consider how to align them by going to perhaps an unlikely resource: St. Ignatius of Loyola, the founder of the Society of Jesus, more commonly referred to as the Jesuits.

Embedded in his celebrated treatise, Spiritual Exercises, Ignatius developed a methodology or system for decision making that draws upon ones feelings or moral position when considering reasoned choices. While my exploration of his teaching here is admittedly superficial (and not specifically spiritual), I urge anyone interested to pursue a deeper understanding through the Loyola Press online resource.

What they’re really saying is they

Analysis is critically important. If time requires an immediate response, at least do a post-mortem. Analyzing after the fact isn’t going to change your outcome, but it will at least better prepare you for the next time you have to make a twitch response.

A better option (and it’s never too late) is to take a step back and reassess your relationship with Reason and Feelings. Speaking for myself, I know I incline towards Reason, thinking that emotional decisions are vulnerable and susceptible to criticism. That said, I also know that decisions based solely on reason are brittle and susceptible to fracture. However, neither validates a “follow my gut” approach when the opportunity for analysis exists.

Just so you know: There are a number of trusted 3rd party products and services we advocate. The posts here may include affiliate links! If you buy something through one of those links, you won’t pay a penny more, but we will receive a small commission. It helps keep the lights on. Thanks for your support.